Who can attend this event?

If you have not been invited but would like to attend, email coach Filipovic your accomplishments and any game or training video links to coach@thekickingcoach.com 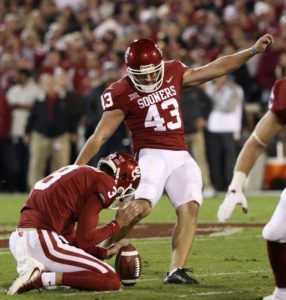 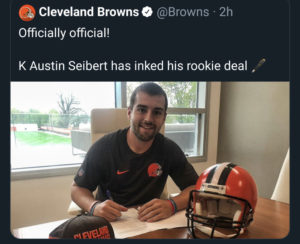 Austin Seibert, #1 high school kicker in the nation (2015), Top Kicker In America Alum (July 2014). Drafted by Browns in 2019. Bengals kicker. “I first started working with Filip (The Kicking Coach) when I was 14 years old. Filip was the first coach I received instruction from and he has helped me since the beginning. His ability to engage and apply his coaching is what sets him apart. Along with this, Filip is honest and doesn’t sugar coat anything. He stands by work ethic and doing things the right way. He has helped me get to where I am today and the journey has been incredible!” 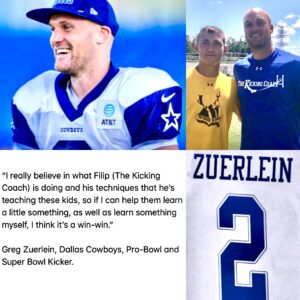 Lake Forest College is located 30 miles north of downtown Chicago. Campus is tucked into winding wooded roads next to Lake Michigan. Chicago Bears hosted their training camps at this stadium from 1975 to 1983. It is a beautiful and serene setting for this invitational event. 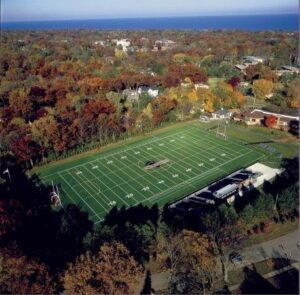 *3/4 of athletes at this event makes it to the bonus round on field goals.

*Most athletes average over 60 yards.

*Most athletes average over 40 yards.

If you are unable to attend, you are entitled to full refund up until June 30th. After June 30th, you are welcome to transfer your payment toward any future The Kicking Coach event.

"Coach Filipovic, The Kicking Coach, has been Hunter's kicking/punting coach since his freshman year of high school. Hunter tried out other camps, but very early on, found Filipovic's coaching to be incredibly beneficial. Filipovic was in the NFL, and although he could draw hundreds to his clinics, he purposefully limits clinic size. And they sell out early! There are always numerous current D1 and/or NFL kickers/punters helping at his events. This, together with Filipovic's excellent training, makes for great coaching, as well as coach to athlete ratios. At Top Kicker In America 2012, Hunter spent the day learning from the New England Patriots' punter Zoltan Mesko, NFL kicker Billy Cundiff, Filip Filipovic and more. These D1 and NFL specialists lend first-hand, feet-on experience to the training, and we credit Filipovic's coaching regiment with our son's positive results. Hunter made all-state his junior year, and it's looking good for his senior season too. In high school games, he's had five 50-plus field goals, now kicks near 100-percent touchbacks, has a strong punt average (80-yard long), and is getting ready to break the state record for most consecutive PAT's. After being named Top K/P Combo in the Country at Filipovic's 2012 TKIA event, Hunter committed to Northwestern University. Filipovic's training walked Hunter from his first attempts at kicking, to where he is today. He was extremely instrumental and pro-active in advocating for Hunter during his recruiting process. While other organizations charge for everything from Website visibility to videos, Filipovic did not. He put together a highlight video for our son, as he did for all the guys who attended TKIA, at no additional charge. He then sent the video all over the country. Again, no charge. It's a quality situation, and Filip Filipovic is an earnest and honest coach. Hunter is excited to continue learning from Filipovic through his college years, hopes to go NFL, and can't wait to give back, by helping at one of The Kicking Coach clinics...very soon!"

Thanks for all you did for Blaze! This Watson family appreciates you!

Mick Ellis, Class of 2014 Kicker
Accepted a scholarship to University of Iowa

"Attending The Top Kicker in America Showcase was instrumental in getting an offer from a DI school. His camp was professionally ran and the instruction from him and his staff was great. The best part if attending was getting the video and the capability to utilize Filip as a reference. 9 months after the showcase, Filip was still taking calls from college coaches interested in my son. We attended a few kicking events, but this one was the most helpful all around."